Forgive, a word that means so much and yet we find so difficult to act on.

The word forgive has its origins from the Latin word perdonare or to pardon, which in turn was translated into Old English to forgiefen, and became today’s commonly used forgive. The meaning of this rather large, yet small word is, to give completely. A simple and yet complicated action.

We’ve all been told and taught about compassion and generosity and to give to those less fortunate than us. We give to charity, we feed our guests and we try to lend our shoulders to those that are in need. But, in all this action, the one important form of giving that we seem to have lost focus on is the ability to forgive. In busy lives with mounting expectations and judgments of others, it seems that most often the automatic response is to react with ego, hurt, anger and resentment when there is a betrayal, or misdeed.

What happens though if we learn instead to forgive? And how does one start living the concept? Forgiveness is a conscious decision, a choice that a person makes based on compassion and love. It is an idea and action that requires the individual to look beyond their own ego, their own expectations and judgments and focus instead on the subject that has caused the hurt. It is the act of letting go. This is a difficult learning for certain, but one that can be practiced by anyone. Of course, any wrongdoing must have consequences and forgiveness does not mean the perpetrator must not take responsibility and feel remorse or face up to consequences. However, forgiveness is not about the wrong doer, it is about the victim.

Hurt, anger, need for revenge are negative thoughts and behaviors that most often cause a continuation of the initial wrong. These emotions drive the “victim” into a vicious cycle that ultimately is most harmful only to herself/himself. They develop into thought and behavior patterns that can become destructive to the physical, emotional, and even social health of the person, causing illnesses, loss of a social circle, and psychological trauma. They cause the victim to re-live the wrongdoing repeatedly and do not allow them to heal or even learn from it.

On the other hand, choosing to let go of the hurt and anger, choosing instead to understand the person who has committed the wrong, choosing to show compassion can invite positive influences into the situation. The operative word here is “choosing”, as in a constantly remembered practice that the individual acts on. This in no way means the misdeed is forgotten, simply that it is looked at within a more realistic perspective.

So, how can a person practice forgiveness? Forgiveness is practiced at the mental, emotional, and behavioral levels. From a mental perspective, it is a matter of letting go of the details and stopping the re-living of the incident. From an emotional perspective it is to view the individual with compassion and understand the root cause of the initial misdeed. It is to really see the whole of the person who has committed the misdeed, and not just the one act that has caused harm. From a physical perspective it is to demonstrate the absence of anger and revenge, it is about responding and not reacting. Reaction comes from the ego while a response can be a thought through action. Surrounding oneself within a positive environment and support also goes a long way.

However, even within the concept of forgiveness there is yet still a more difficult type that requires greater inner strength, and this is to forgive oneself. When there is no external enemy, no point of reference outside of the self, forgiveness can become a greater challenge. Yet this self-forgiveness is the basis to develop compassion, inner peace, and self-confidence. The other side of this coin are the emotions of guilt, shame, and self-criticism that can greatly damage the individual in the long-term.

The Power in Hugging

The Power of Self-Compassion 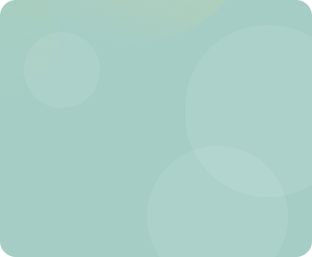 Congratulations, you are just 1 step away from unlocking the Chearful platform!

A verification mail has been sent to the email address provided. Please click on the link within the email to proceed. Ok